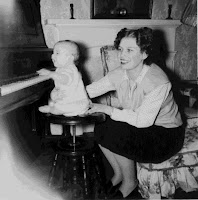 A Sixties Story will be published this summer. I'm excited and nervous. It's amazing to me that at last my goal of telling this story will be met. I hope that it adds depth to the image of the sixties and what it meant to us. It was much more than getting high and jumping around like crazy people at be-ins, although that was undeniably part of it. What drove me and many others was the desire to change the world for the better. I started trying in the civil rights movement and haven't really stopped since. I participate in politics differently now, mostly as a voter, an internet activist and a donator to causes I believe in.

When I heard us called "hippy dippies," I knew I had to get the book out. Even though George Carlin coined the phrase and I loved his comedy, there was more to hippy than dippiness. My determination was reinforced when I was at the '68-'96 reunion of the Democratic Convention in Chicago and a woman labor organizer pointed out into the audience and said, "your stories have not been told. You need to tell your stories." My friend poked me and said, "get that book written." I started writing in earnest. It's 2010 and I'm self-publishing my sixties story at last.
Posted by Unknown at 10:31 AM No comments: