I'll be speaking May 30--please come if you can!

I've been invited to speak on about A Sixties Story by the Lifelong Learning Institute. I'm really excited. It's open to the public and I sure would like to see some friendly faces in the audience. So if you can make it, please do! Here's the information:


Click here for the link to the Lifelong Learning Institute
Posted by Unknown at 4:27 PM No comments:

Celebrate! It's spring, at least for now ... 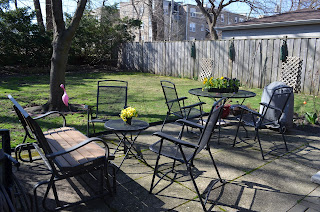 Bought purple and yellow pansies and a yellow primrose a couple of days ago. Uncovered the patio furniture and set out some chairs. We've eaten outside almost every night this week. I'm wondering if we somehow went back to California, where it was sunny and beautiful every single day. 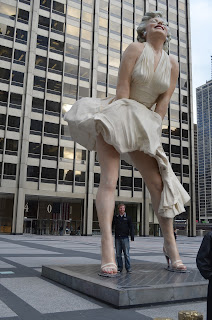 And I want to say what a great time we had celebrating PJ's birthday. A whole day of celebration starting with the 95th then a walk on the Magnificent Mile with stops at the Apple store and Crate and Barrel and a photo op with PJ and Marilyn Monroe. Then on to Andy's, Callahan's and Howl at the Moon. We partied!! So much fun--I felt 22! 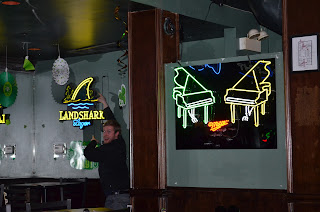 Posted by Unknown at 9:22 AM No comments:

This should get you in the mood for spring.
Posted by Unknown at 8:08 AM No comments:

We Blue Staters Provide for Red Staters--who hate us--what kind of fools are we?

What a crazy woild we live in. Sometimes I wish Lincoln had let the south secede and offered sanctuary and 40 acres and a mule to all African-Americans. The America envisioned by red state people would have mandatory Christian church-going, no public schools, no unemployment insurance or aid to indigent people, no government supported highways, police, firemen, no social security, no medicare or medicaid, no unions ... and that's the short list.

YIKES. If that's the world they want, why are we fighting to pay our hard-earned blue state money to keep them from it? They hate us for wanting all the things we provide them with our blue state supplement. We goody two-shoes blue staters need to think this through.

Just imagine, if we didn't have to support the red states with our tax money, we could keep disbursing our blue state tax money in the blue states and have the secular America we want--with good schools and a strong infrastructure and union wages and a great safety net ... the list goes on.

If they don't want higher taxes or government in their lives, is there any way we can let them go their own way and save our hard-earned blue state tax money for blue states?
Posted by Unknown at 6:57 AM No comments: